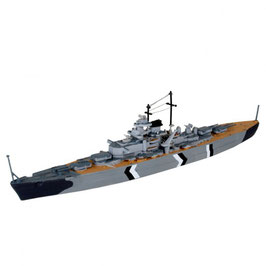 However, together with the Prince Eugen she was discovered early by the British air reconnaissance. When meeting with the Hood they were sunk on 24.05.1941 by the Bismarck.